In my opinion, this Makoko floating school in the article serves as a model for combating the issues of education in Latin American. In some areas that are greatly affected by the climate change and natural catastrophe, the model of the floating school is extremely helpful in adjusting to the extreme weather. The students wouldn’t have to move around when, for example, the flood or the heavy rains come and they will have more opportunities to study. As we all know, the human development is a serious issue in some Latin American countries. In order to address the problems and better the society, the wholeness of the education is the key. Therefore, attention needs to be drawn to those kids who don’t have the chance for a good study environment. Because they’re the future of their countries and they are the ones that could save the country. Adding more information to this section may give people an idea of the Floating School.

I think the understanding of the La Violencia and the National Front a great step toward addressing the serious violence problems in Columbia. The result of the La Violencia is intimidating. The liberal civil war claimed more than 200.000 people’s lives. And the ending of the civil war also gave birth to a bipartisanship in Columbia. In order to address the serious issues that are now entangling Columbia, we first have to understand its history. The key to the future is the past. The history could tell us a great deal and help us to make predictions of the future. In addition, the disarming of the FARC group could also give us the hint of its future roles in the Columbian politics. We would know that how the coming of the new player would benefit the political system in Columbia or actually will deteriorate the current situation. 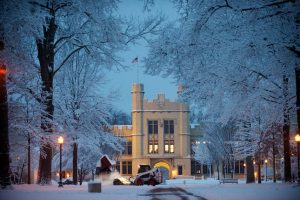 (it’s not related to the blog)