“Did Zika Cause More Miscarriages Than Microcephaly?” by Jason Beaubien is a NPR article about whether Zika causes more miscarriages or microcephaly. Microcephaly is a birth defect where the inflicted have abnormally small heads that can lead to seizers and other complications. Dr. Benedito Fonseca is a professor of internal medicine who conducted research on Zika after the huge crisis. He had 1,125 pregnant women complete in the study and out of them 178 tested positive for Zika. Out of the 178 women nine had spontaneous abortions (the body aborts the baby) and four women gave birth to babies with microcephaly. Dr. Fonseca expected to see a lot more babies with microcephaly. Alber Ko’s (a researcher from Yale) reason for the expected outcome of microcephaly to be greater then it was is that it wasn’t until after the babies were born with microcephaly did people start to worry. Ko suspects that the spontaneous abortions went unnoticed. As a result, there was more panic then proportional to the number of microcephaly affect babies caused by Zika.

This article reminded me of one time in class there was a discussion about how you are less likely to be in a terrorist attack then a car accident. However, since the media reports all the terrorists’ attacks but not all car accidents the opposite is thought to be true. This suggested a larger question if all the different news outlets are a good thing. Does the news bring with it unnecessary panic? While of course Zika caused complications in pregnancy was the amount of panic justified? Of the 1,125 women pregnant 15.8% of the women had Zika. Of the Zika inflicted women 2% had babies with microcephaly. This means out of the total women in the study who were pregnant 0.3% had babies with microcephaly. I remember Zika being in the news and I remember thinking that if a mother had Zika her baby was going to have microcephaly, no doubt in my mind. This is proven to be false. The news blow things out of proportion for ratings and as a result leads to misinformation and needless terror.

Almost as a subconscious curb the author was mainly focused on the fact that Zika isn’t as bad as it use to be. The author briefly mentions that the decrease in Zika complications could be due to the fact that the people have become immune. If this is true, then officials didn’t due anything to solve the Zika problem and Zika just ran its “common course” which would be unfortunate to think that there still is no cure. By only briefly mentioning this the author makes it appear that Zika is no longer a problem, but in reality Zika could mutate (like some viruses do) and it could come back with a different set of symptoms.

This article links to our course theme of identities. Latin America was facing a crisis when Zika originally broke out. Their people were panicked and as a result Latin America worked together to try and come up with a solution to Zika. Zika is a sensitive issue in Brazil and Brazil acted to try and come up with a solution. This shows the Brazilians as strong people who will not let anything take them down. This article is centered in Brazil and I think it shows it in a positive light. It shows Brazil is as capable as any other country at solving its medical problems. Before this article some readers may have doubts if Brazil had the resources to try and the Zika. This article demonstrates that Brazil is a capable country 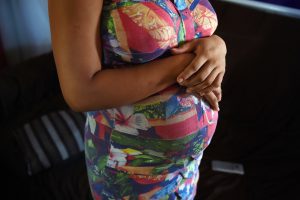