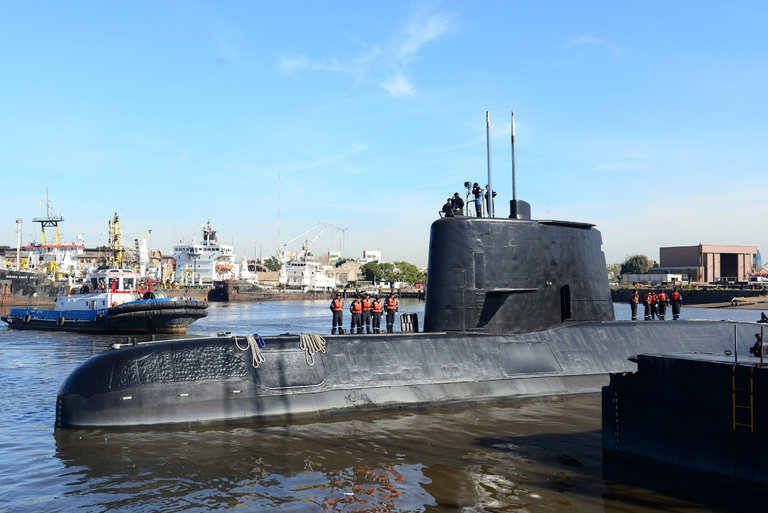 For the final noticias week, I chose the article titled “Search for Argentine submarine enters ‘critical phase'” that is written by Eliott C. McLaughlin and Stefano Pozzebon. The Argentine submarine ARA San Juan has been missing for over a week and eleven countries have joined in the search effort to locate it and save its 44 crew members, which includes the country’s first woman submarine officer, Eliana Maria Krawczyk. The submarine was last seen on November 15 in the San Jorge Gulf about half the distance from where the submarine disembarked and its hopeful and final destination. The submarine has enough air to last for ten days and since a week has since passed, an Argentine spokesperson states, “We are in a critical phase.” Nevertheless, there is still the possibility that the submarine has surfaced or so-called “snorkeled,” meaning that it has raised a tube to the surface to acquire new air.

Thus far, the search effort has been unsuccessful and has caused many family members and the country to severely worry about the passengers aboard on the submarine. The article includes statements from the brother of another passenger by the name of Christian Ibañez. His brother voices that the search effort was not performed quickly enough and he along with others believe that they are being disrespected by the navy that continues to state that the submarine could still be on the surface. He expresses, “If it was on the surface, they would have found it. They didn’t, and they didn’t look for them at the bottom. If they did it earlier, it could have been different” (McLaughlin). The daughter of Christian Ibañez has been told by her mother that her father is missing, but that he will be home soon. Despite all this turmoil, hope still remains that the submarine will be found. Several kind gestures have been carried out by the local community, such as the ones that is pictured below. Over 20,000 students from local schools made drawings that include hopeful wishes and have attached them near the base in Mar del Plata.

No one knows where the submarine is, but there have been many theories for its disappearance and several reports of sounds and signals that could be related to the missing submarine, but they have since been proved false. This tragic event has greatly affected Argentina, however the way in which the country and several nations have assisted in the search for the submarine can be said to have a relation to Argentina’s identity. Despite this mysterious event and the understandable complaints that have been voiced by some people, Argentina is being portrayed in a relatively positive manner because of the willingness of other countries to take action and assist with the search effort. Additionally, the kind gestures that have been performed like the one mentioned above shows the nation’s optimism despite the sadness that it also greatly feels.

If you are interested in learning more about the search effort and the effect that this event has had on many people in Argentina, you can watch the video below: