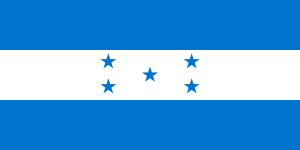 Honduras is currently going through its presidential election. Salvador Nasralla, a former television host and sports journalist, is running against the incumbent Juan Orlando Hernández. Supporters of both candidates have been celebrating, as both candidates have claimed victory, though the final votes are not yet in. The election results are supposed to be finalized on Thursday. As it stands, approximately 57% of the vote has been counted, and Nasralla has 45.17% while Hernández has 40.21%. According to the article, Honduran election observers have been critical of the “unprecedented delay” in the vote count, however, president of the Honduran electoral tribunal David Matamoros has said that the count was completely transparent, and that everyone, including the Honduran political parties, the OAS, and the EU, has access to the records. Thus, the whole world is eagerly awaiting the results.

The article goes on to describe the campaigns that each candidate ran with. Nasralla wants to end corruption in the government, whereas Hernández is more focused on shutting down the powerful and violent gangs of Honduras. During his first term, Hernández received financial aid from the US to support his campaign against the gangs. He is considered an ally of the US, and he has been credited with bringing down the murder rate in Honduras, which has one of the worst murder rates in the world.

I think the article does a good job of presenting Latin Americans in an unbiased way. I can’t really find any point in the article where I can definitively say the article portrays Latin Americans in a negative or positive light. I do think the fact that Honduras is, like many Latin American countries, having issues with corruption in government and powerful gangs reflects negatively on Latin America as a whole. In addition, the “unprecedented delay” in the election results is a bit suspicious. That being said, I think that the complete transparency of the electoral tribunal (especially to the EU and OAS) is a good sign that, despite its issues with corruption, murder, and gangs, among many other things, Honduras may be attempting to become a better country overall.

In terms of identity, the widespread public support for both Nasralla and Hernández shows that the Honduran public do not identify with the violence and corruption that plagues their country. They identify with and strongly support leaders who claim to be against corruption and violence. It shows that the large majority of the population wants to improve the country as a whole.