This article titled, “In São Paulo, Iconic Building Helps Revive a Blighted Downtown” describes a piece of architecture in downtown Brazil that has undergone a remarkable transformation. The building is called Edifício Copan and has a distinctive shape that resembles the shape of the tilde on the “a” in the city’s name. The building as the designer Oscar Niemeyer had envisioned was not completed in the 1950s and was housed by drug dealers and prostitutes. Now, the building attracts artists, students, and business men and women, and contains over 70 stores and restaurants.

This current state of the building however was not achieved miraculously. In fact, the building faced decades of decline during the second half of the 20th century. The so-called mayor of the building, Affonso Celso Prazeres de Oliveria greatly contributed to the vitalization of the building. He evicted the prostitutes, the illegal drug dealers, and any uncooperative tenants. He also added security cameras and fixed many of the decaying aspects of the building. Brazil also faced a boom period at the turn of the 21st century which has helped the building reach such success. Only six apartments currently remain vacant! In the face of such success, a few skeptics wonder how long-lasting this success will be. A tour guide by the name of Paula Lacerda, states that there is more crime in São Paulo than ever before and that the the building could easily become “abandoned again.” Moreover, the city is facing a recession at the moment, which has contributed to less financial flexibility for Oliveria, but he believes that “Now, we’re at an exceptional moment.” The major turnaround of this building has been revolutionary for the city.

The people of Latin America are portrayed in a more positive light in which they are revitalizing a building that represents a part of their culture. The building can now be claimed as a tourist attraction and has gained so much success in the restaurants and stores within the building and the surrounding city. As readers, we can see the people involved in this project as successful entrepreneurs. Although the more negative aspects that relate to any city, such as drug dealers, still exist, we can see another group of people that this city beholds who have made an impact both for the city and their country, In fact, this impact can be recognized as a global success as it included as a story for the New York Times.

Architecture, like fashion and cinema, is a unique form of cultural expression. It can be assumed that the owner, the people involved in the project, and the residents of São Paulo take great pride with this newly revitalized building. It is a milestone that has contributed to their identity. Additionally, as it is now a tourist attraction, different people from various cultures will encounter the building and gain an understanding for what this structure means for São Paulo residents and the country. The building has a unique history and serves as a notable form of identity and cross-cultural engagement. 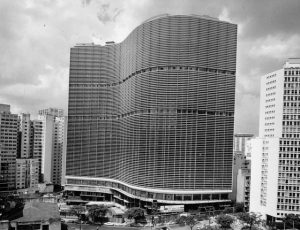 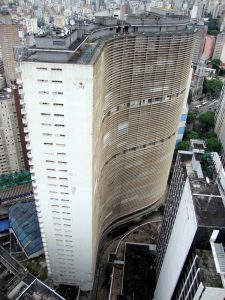