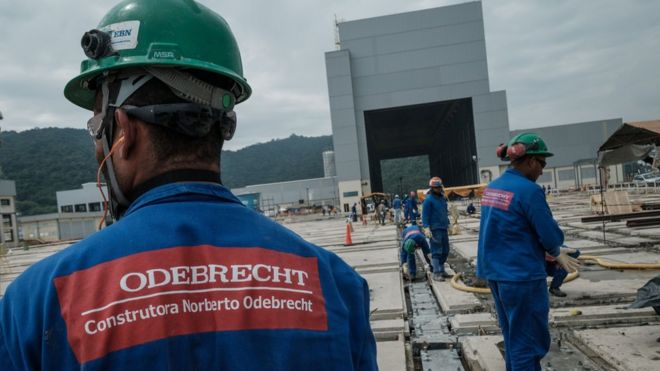 For Noticias this week, I found an article entitled “Politicians Worldwide Suspected as Bribery Scandal Unfolds”. The article was published on September 14 of this year. Right off the bat, I found this topic interesting because I have studied the faults in Latin American politics so I think this article was a good place to start.

The article was about a Brazilian construction company called Odebrecht. This construction company has been under investigation since 2016 for allegedly bribing political officials for construction jobs in return. Odebrecht is a company that was responsible for the construction of the Olympics stadium, the infrastructure of the 2014 World Cup, as well as the metro systems, dams, airport terminals etc.

Odebrecht’s influence impacted the majority of South America, a large part of Central America and parts of even African and Europe. Since the beginning of the investigation, Odebrecht has admitted to bribing politicians to help them gain construction jobs. The company admitted to paying $349 million in bribes to Brazil alone, on top of the bribes paid to at least 12 other countries. 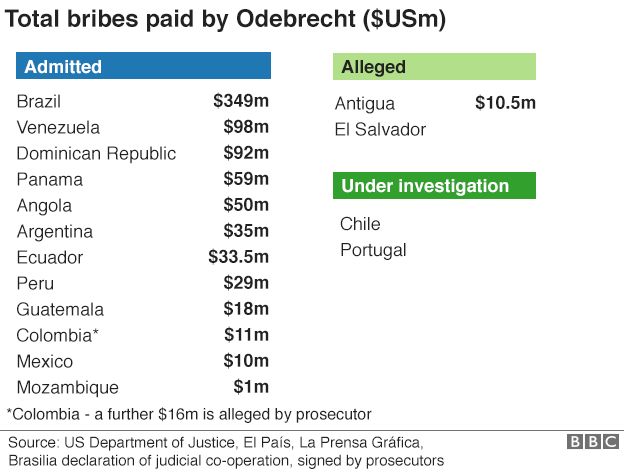 The article breaks down each country’s involvement with the Odebrecht scandal. The responses from these countries ranged from politicians having no idea that their election campaigns were being paid off by the Odebrecht company as stated by the current president of Colombia Juan Manuel Santos to countries such as Peru and Ecuador who have prohibited their elected officials from leaving the country due to the investigation.

The article briefly explains the consequences of the construction company’s actions and how those contractors will be spending their lives. The CEO of the company, Marcelo Odebrecht, is serving a 19-year jail term which began last year after being found guilty of bribing Brazilian officials in exchange for contracts for construction.